Catania, Mahon & Rider, PLLC is honored to announce that Trestle Inc's Annual Bricklaying Event 2016 has been dedicated to Joseph A. Catania. The event will take place at Historic Brick Walkway on Saturday, October 8th, 2016 at 10:00 a.m and will be hosted by Blu Pointe located on Front Street in Newburgh, NY.

Trestle Inc. began in 2002 when Fr. Bill Scafidi, Founder and President, noticed a neglected, graffiti-laden, and vandalized railroad trestle along the Newburgh waterfront. He had a vision to bring beauty to Newburgh by creating art on this railroad wall. This experience has awakened new meaning and appreciation for the expanding artistic and cultural renaissance taking place in Newburgh today.

The event pamphlet includes a Testimonial Letter seen below:

The Importance of the Historic Brick Walkway

Over the past several years, my family has purchased these sidewalk bricks, many bricks. Most of them carry the names of young people, some very young. We come down to the waterfront with the grandkids and show them their names engraved in the bricks, set in the walk, here on the waterfront in Newburgh. They sense they are part of something. I like that.

When my and my wife's parents, and their parents, made their life here in Newburgh, bricks were part of the fabric of this area. The brickyards were just north of here. The barges and trains that carried Newburgh bricks across the region coursed the ground and water in our view today. Those bricks were commerce, building, and progress.

Setting the names of our family in the bricks, set in the walk, in this landscape in Newburgh, is an affirmation that there is energy and promise here; that progress, improvement and hope persist, solid and lasting-like a brick.

Our bricks are a statement of patient belief in Newburgh and its citizens. That's why I like our bricks. 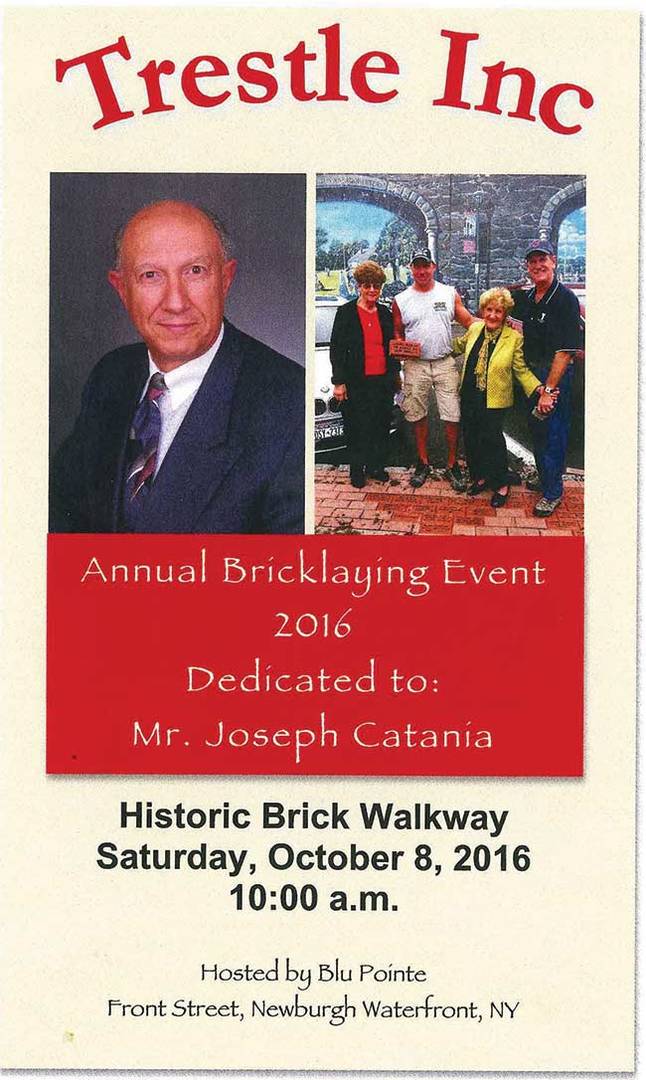 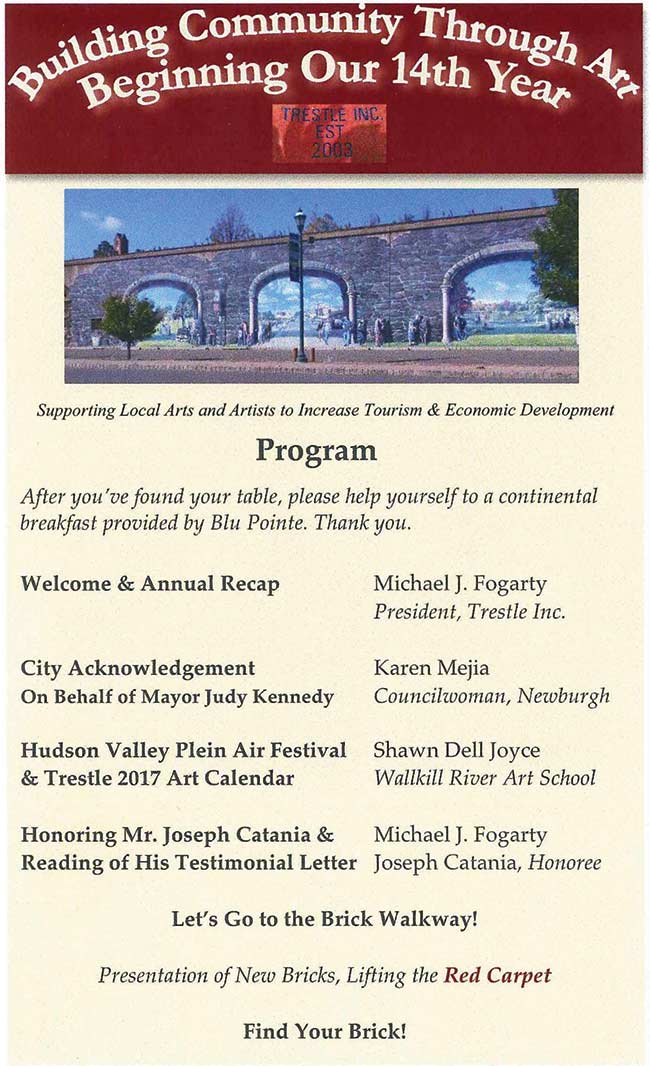 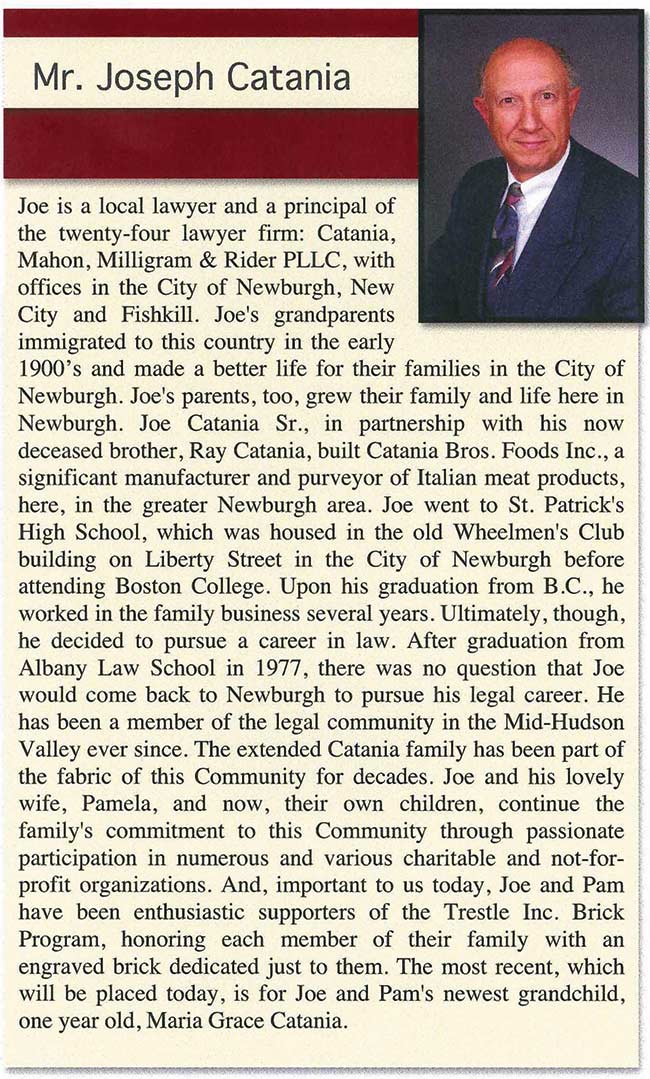